Technology is not the exclusive preserve of men even though they dominate the industry. The tight control of men in the industry has made it difficult for women to venture into the tech world.we can describe it as a male tech chauvinism. According to Intel’s report on women and the web, “On average, the developing world, nearly 25% fewer women than men have access to the internet, and the gender gap soars to nearly 45% in regions like sub-Saharan Africa”.

Despite the increased penetration of the internet in Nigeria, very few women are represented in technology space. There is no gainsaying that there are more women interested in the industry but some may be discouraged because men currently dominate the industry. Don’t allow this stereotype to get to you. Here are five reasons you should join the Nigerian tech movement as a Nigerian woman.

Technology will not be skewed towards men

Since the technology industry is dominated by men, it will no doubt be skewed towards them. This means their decisions will most likely be made to favour them. But, if there are more female represented in the industry, this will not happen. The perspective of women will be considered before any decision is made.  There will be diversity in technology thus making it cut across gender.

Technology is the fastest growing industry in the world. In fact, it is the future. So, if women are missing now in this rapidly evolving world of technology, the social inequalities between men and women will continue to expand. 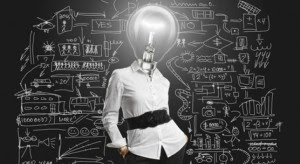 Give a voice to women

According to country’s metrics, 50.6% of Nigerians are men while 49.4% are female. If the former are already well represented, the latter can barely be found in the industry. This is an important part of our population raging with tech ideas languishing outside the industry. So, technical innovation will considerably improve as women will contribute their quota to its development.