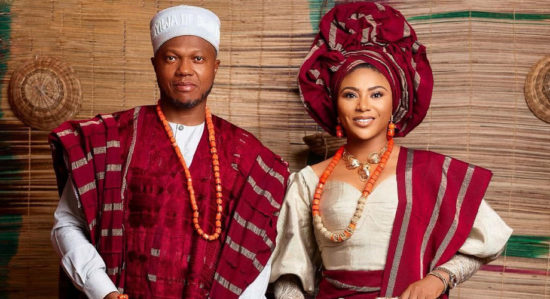 Media girl Stephanie Coker and her husband Olumide Aderinokun have been conferred with chieftaincy titles.

The ceremony took place on Saturday, June 5, 2021, in Abeokuta where they were conferred as the Akinruyiwa and Yeye Akinruyiwa of Owu Kingdom.

The event had in attendance former President of Nigeria, Chief Olusegun Obasanjo, two-term Speaker of the Ogun State House of Assembly, Rt. Hon. Titilayo Oseni Gomez, royal fathers amongst others. 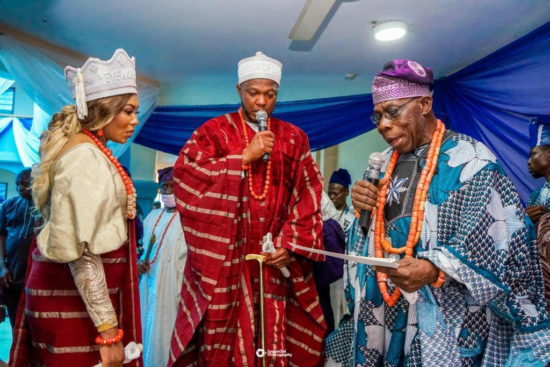 Guests proceeded to Park Inn by Radisson for the reception where Rt. Hon. Gomez paid tribute to the newly-crowned Akinruyiwa and Yeye Akinruyiwa of Owu Kingdom.

She described them as exemplary leaders who have shown distinctive characters in their respective careers.

Hon. Adebutu, in his words, commended Chief Olumide Aderinokun for his charitable gesture to humanity and he encouraged him to continue the good deeds he has been doing for people in Ogun Central Senatorial District. 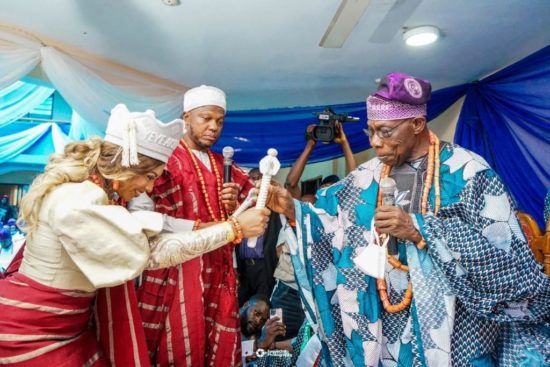