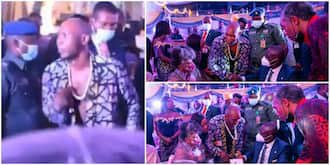 On May 24, 2021, Afrobeats pioneer, Fela Kuti’s daughter, Yeni, clocked 60 and a number of dignitaries were present at her birthday party including the governor of Lagos state, Babajide Sanwo-Olu.

Reports soon made the rounds after a viral video was posted claiming that the celebrant’s brother, Seun Kuti, had disrespected the Lagos state governor by walking out on him.

The video later caught the attention of Yeni who then took to her Twitter page to clear the air.

According to her, Seun got upset after one of the governor’s security aides pushed his wife, Yeide.

Yeni explained further that Seun ran things by the governor and she also added that her brother is well trained from home.

“What happened was that the security detail in the course of doing their duty pushed his wife. He got upset at them understandably so, not the Governor. He even explained to the governor. I beg o! He has home training. @RealSeunKuti”
See the tweet below: 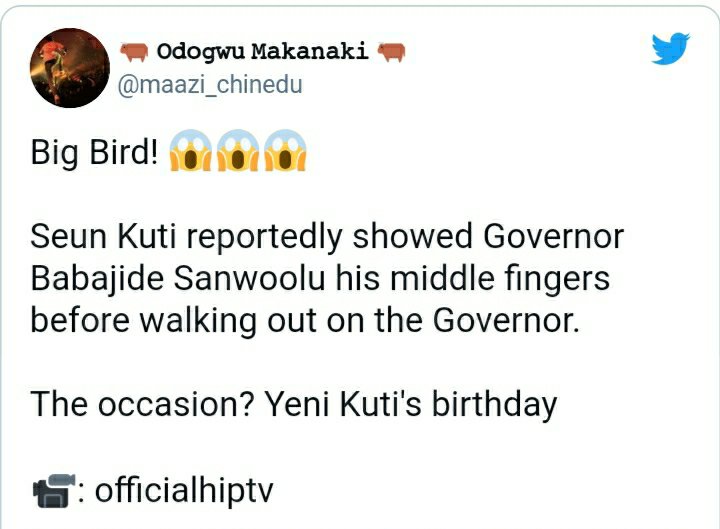 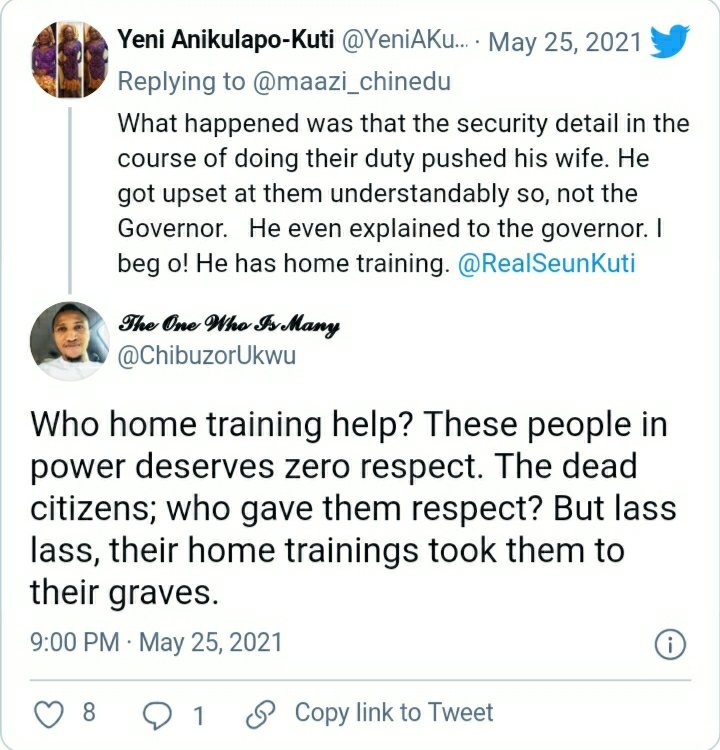 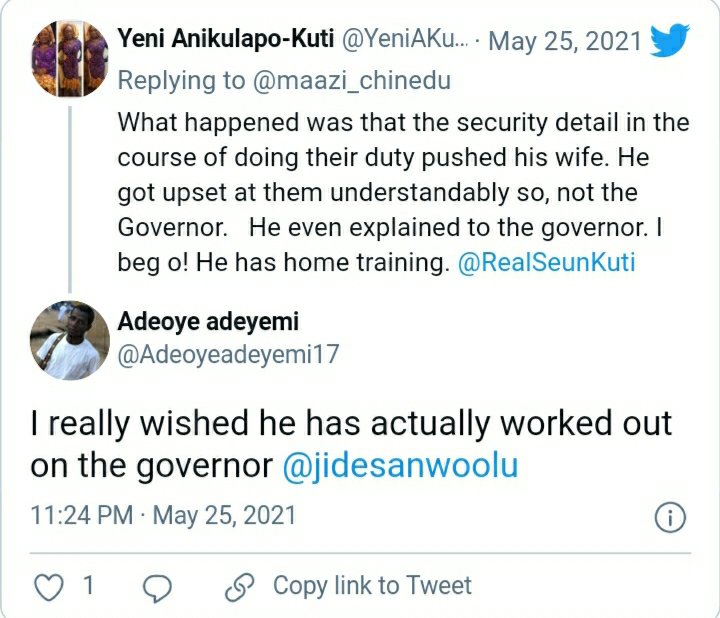 No One Is Fighting Man With You: Tboss’ Sister Advises Rosy Meurer to Stop the Childish Games