0
FacebookTwitter
Sunday was the seventh annual International Go Topless Day and women around the world marched topless in support of women’s rights.
The movement: states as its mission ‘As long as men are allowed to be topless in public, women should have the same constitutional right. Or else, men should have to wear something to hide their chests.’
In one of 60 events planned around the world women gathered in Manhattan with placards and banners – and without their tops.
Scroll down for video 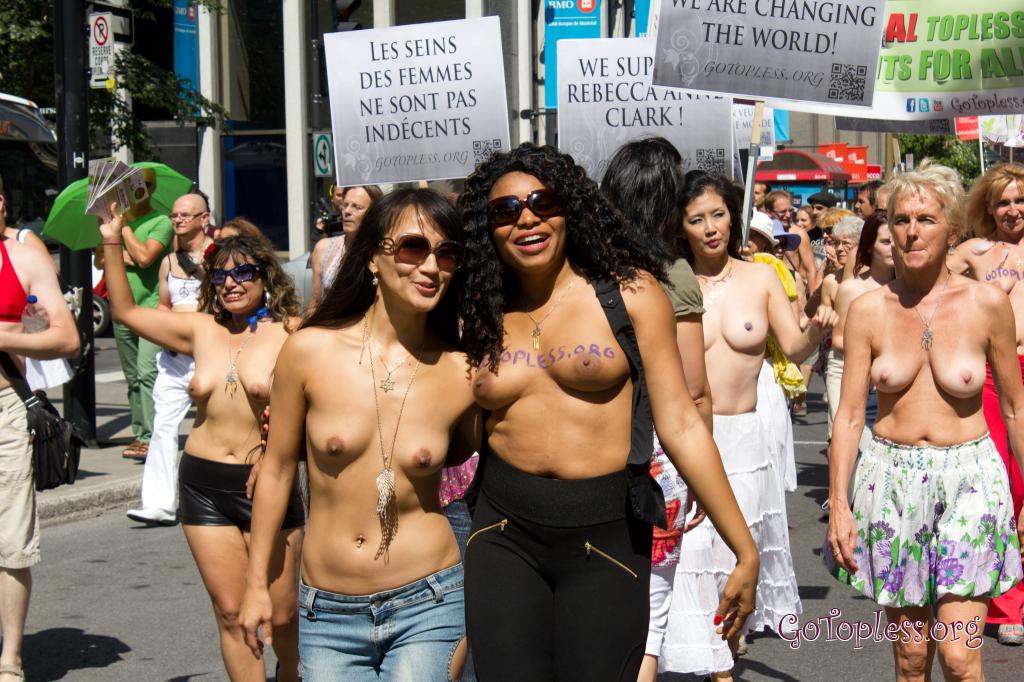 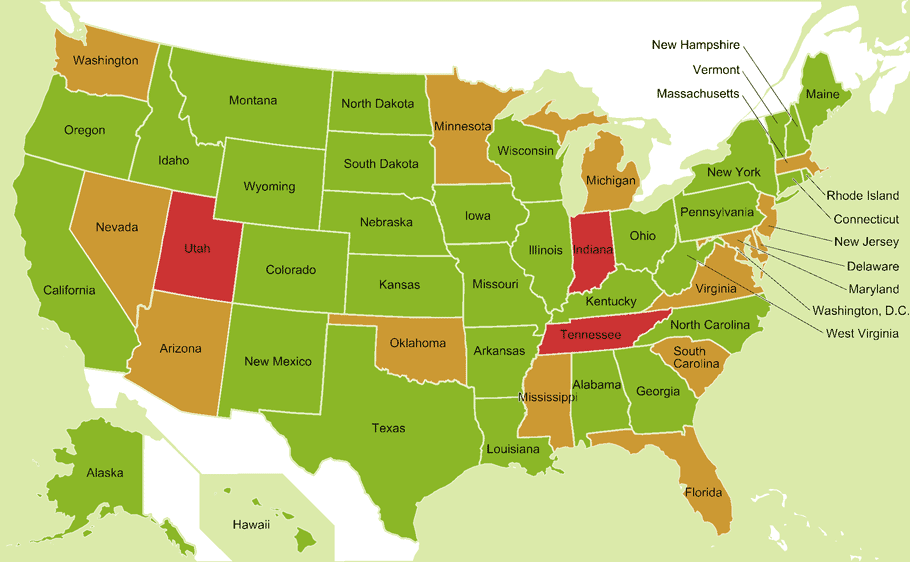 The green colored states are those where top freedom is in effect.
The orange colored ones have amibiguous state laws on the matter.
The red colored ones are the ones where the mere showing of the female breast in public is illegal according to state law.

Though the majority of states are top free, some cities in those states have passed (unconstitutional) ordinances that annul the state’s top free statute.

It is also legal to be topless in public in the following countries:

How can I find out if my city is topless?
Simply google the city name and its municipal code and key in the word “nudity”. Do the same for the county where the city is located to be sure. Consult with an attorney.

Can I be arrested for going topless in a topless city?
Even if a top free law is firmly in effect, the police can still arrest you under the pretense of “disorderly conduct”. Don’t be intimidated! You can sue the city back for wrongful arrest (if your only crime was to go topless). That is what Phoenix Feeley did in NYC in 2005 (you can read her story in our news section)

‘New York is the ideal location for the world’s first GoTopless Pride Parade,’ said Rachel Jessee, GoTopless spokesperson and leader of GoTopless in NYC.
‘Since 1992, it’s been one of the few cities in the United States or the world where women’s topless rights are already recognized by law.’
The parade began at 2pm at Columbus Circle, then continued through Times Square to Bryant Park.
Participants were invited to end the day at a new breast-themed bar in Brooklyn, called Boobie Trap.
The organization’s goal is to de-sexualize and demystify women’s chests.
‘We hope that by participating in annual topless festivities, New York City women and women around the world will feel increasingly comfortable to go topless in public,’ Jessee said.

‘When a woman’s uncovered chest in public becomes the simple non-event it already is for a man, we will have accomplished our mission.’
Going topless may be legal in New York City – but showing a bare nipple on Instagram will result in a warning from Instagram and deletion of the image.
This is true regardless of the context – breastfeeding pictures will also be deleted.
Of course, male nipples are entirely unproblematic.
The daughter of Demi Moore and Bruce Willis, Scout Willis, has taken up the cause, tweeting frequently about it with the hashtag #freethenipple.
She even staged her own topless event, running errands around New York City sans top.
It’s unclear if Willis was part of today’s parade.

Patriots: GoTopless.org is a U.S. based organization that believes women should be able to go topless in public if men can

Mission statement of GoTopless.org: ‘When a woman’s uncovered chest in public becomes the simple non-event it already is for a man, we will have accomplished our mission.’
Post Views: 1,316

Photos: Meet the teenager with the longest neck in the world