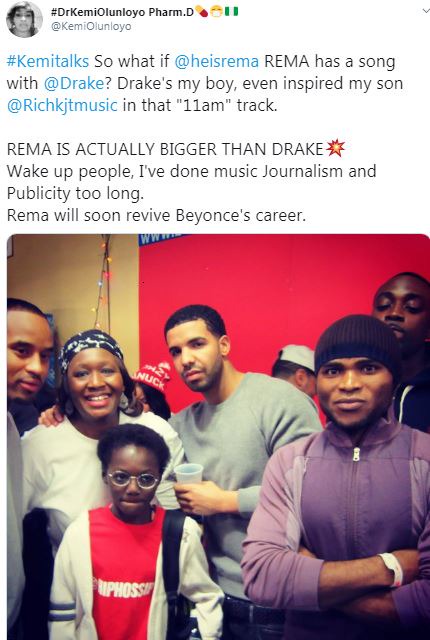 Kemi revealed this on her official twitter handle and it has been the talk of the moment in the socila media space , infact she claimed that she was the first Journalist to Interview Beyonce in 2004 at the Grammys awards backstage. She facfully argued that Beyonce used WizKid to revive her career in Brown Skin Girls.

“#Kemitalks So what if @heisrema REMA has a song with @Drake? Drake’s my boy, even inspired my son @Richkjtmusic in that “11am” track.

REMA IS ACTUALLY BIGGER THAN DRAKE