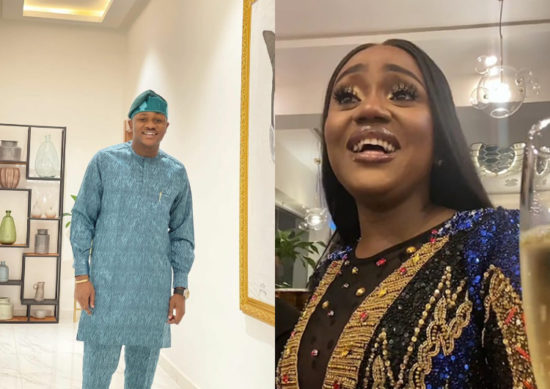 -Chioma was also adviced by Clarks, to reunite with Davido

Davido’s cousin, Clark Adeleke has confirmed that the relationship between popular Nigerian singer, Davido and his baby mama, Chioma has indeed gone sour.

Clark made this revelation in his emotional speech at Chioma’s birthday dinner last night, after weeks of break up rumours between the “assurance lovers”.

In his speech, Davido’s cousin urged the estranged lovers to remember they were friends before anything, regardless of what happened between them.

“No matter what happened between you and my brother remember you guys were friends before anything, and remember that you have a beautiful son together.

No matter what you are doing, put yourself first and put family first… I’ll always be there for you no matter what happens…. We love you on behalf of the whole Adeleke family”.