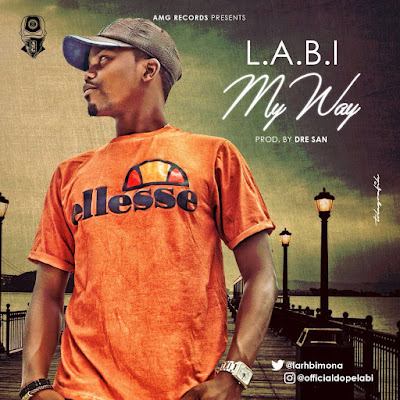 The Indigenous Rap competition is about to get more interesting and fierce too, as L.A.B.I  makes his official debut into the music scene with his Brand New single ‘My Way’,produced by hit maker Dre San. Tho, not entirely a newbie, LABI has two song covers to his credits including the monster Hit song ‘Who You EPP’ featuring Olamide. The last of 7 children from Ogun state Nigeria, Yusuf Owolabi (LABI) is signed to Armani Money Gang Records co owned by himself and friends.
DOWNLOAD AUDIO
Post Views: 758
WATCH THIS VIDEO NOW AND SEE