Mercy Aigbe is a Nigerian actress, director and businesswoman. She is best known for her Yoruba indigenous movies.

Recently folks and fans of Yoruba Nollywood movies are Currently Dragging Nollywood Actress , Mercy Aigbe on Social Media , After The Actress posted Photos from the set of a Movie she is currently working on

The photos shows another actor, Bola Ninolowo groping the mother of two and kissing her by the lips that got every one talking and blasting Mercy Aigbe

Multiple reactions have since trailed the photos, as many have aired how displeased they are, Someone even said this was probably the reason she had problems with her estranged husband, Lanre Gentry due to her flirty ways and provocative display in movies she acts. 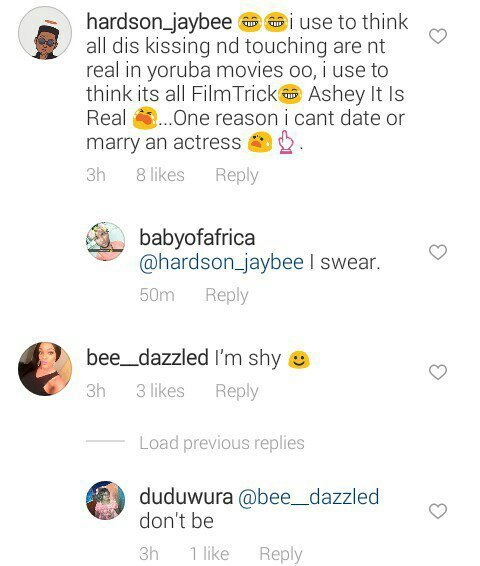 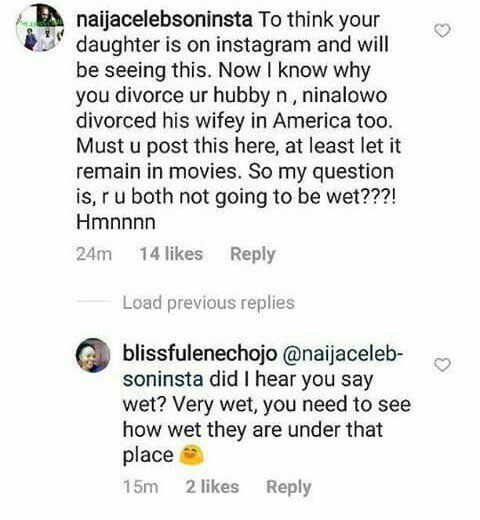 Well this is a way to tell her that she is a mother of someones kid that she should quit acting immoral scene like this where a man is fondling her and also this is a string message to the director of the movie also to give her pleasant roles.