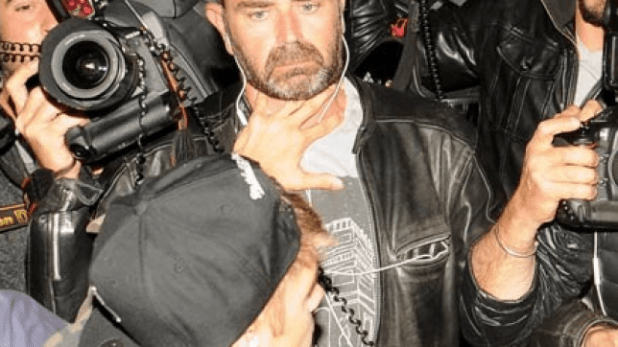 In his attempt to clear the way into his hotel, Bieber slapped and punched photographers

Justin Bieber may have slapped a photographer while on his visit to Paris this week.

The 20-year-old pop star appeared to throw a punch at someone as he arrived from dinner with the Kardashians who are already in France for the Paris Fashion Week 2014.

According to TMZ, Bieber and his crew tried to clear the photogs out of the way as they entered their hotel after dinner but his hand just below the neck of one photog’s face in the process.

Bieber inexplicably dressed in a camouflage jacket and pants with black leather sneakers.

Bieb’s has been a busy boy in paree … dining with Kendall Jenner and later partying with Kendall, Kim Kardashian, Kris Jenner, Paris Hilton and GF Selena Gomez … but avoiding Miranda Kerr like Ebola.